Hey darlings , please can someone tell me if chapter 700 will be in anime ? :) Thnak you so much 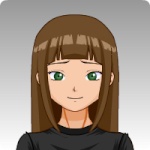 Yep i know , but i was little worried (btw i don't know why hihi), but now i can be moooore excited see it

I think it will, there is no reaso why the chapter cannot be be animated.

as Irielo said, it could be an episode expanded to 30 minutes giving some amazing filler to each and every viewer.
_________________
the endgame pairing was there ever any doubt

mmmm yes it will be animated but It's going to take some time for the animation to come I think it will first come the movie then the animated chapter of 700 oh by the way did the person who choose the chapter 700 as NaruHina cannonization if I remember right there was a post where you got medals get his/her medal for it?

Well, considering the anime is supposedly doing a bunch of fillers right now and then will spend a day with a tie-in to "The Last" (and they haven't even gotten to Madara taking over from Obito last I heard), the anime has a long while before they're going to animate chapter 700.

Well to a greater extent Chapter 700 will not be the canonnisation of NaruHina, the chapter itself showed us what happened years later. the movie, which we all know is going to be part of the canon story, is going to canonise NaruHina, so sadly when it comes to the moments in the chapters, the ones that chose chapters don't actually win, because there was no NaruHina moment in those chapters. all we got was Naruto and Hinata get married and have 2 children, a hyper active knucklehead like his father, and a sweet little girl like her mother.

but i have heard rumour circulating (not going to speculate that they are true, most likely not true) that there could be extra episodes of Naruto after the movie and sometime after 700, something that was supposedly given the go ahead by Kishi himself, now that is just a rumour with no solid base to it, so I wouldn't hold my breath over these rumours.

but as for 699, that was about Sasuke and not only that it was hit with not one but two SasuSaku moments, so really the perso who choose 699 actually won that chapter.
_________________
the endgame pairing was there ever any doubt

It doesn't matter that we're getting a special movie or that the anime will continue to make episodes that show "more" stuff. If Naruto wasn't as popular as it is (as most manga do not have an anime nor get movies made of it even when it does get lucky enough to have an anime), there wouldn't even be a question that 700 is the canonization chapter.