I'm sorry Irielo, I was feeling mad because of something I read somewhere and after replying there I came here to reaffirm what I think, I guess I wrote in the first topic I found, feel free to move it or do whatever you think is necessary.

Back to the point, I really agree with Mustang who says that Sasuke will be reborn in this battle, I think Sasuke will transform into a good person after this fight, just like Obito did, regarding the genjutsu world, I'm not sure about it. 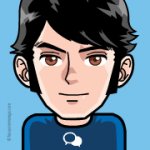 @ endame: You don't have to apologize because I was talking in general. I think it's normal that after such a chapter, there will be reactions regarding the pairings...

My point was that, instead of addressing the issues regarding the rival pairing here (which is supposedly a thread concerning the story's chapter and possible predictions following it), it would be better to address them where they belong (anti-NS thread).

I am also expecting that Sasuke will learn something out of this fight. That's why, I would not mind a fight "on two levels". The main one, against Naruto on a technical (jutsus...), rival/idealistic and friendship level and another one which would be more on an emotional/feeling level, for instance something happening between him and Sakura in Genjutsu world... but as you suggested, there's nothing sure that something like that would come into play.

Btw, I can't put Sasuke and Obito in the same basket. Obito's mistakes lasted over quite a long time before he realized that he was wrong... Sasuke is still "at the beginning". In other words, he still has the chance not to go to the extent Nagato, Obito or Madara went, to modify his views.
_________________

Well to me that was a given since Sasuke's character design was revealled not too long ago.

That would be quite surprising to see people like Obito have their redemption at the end of the day and Sasuke ending up like a "villain" according to how the story was told until now (and not because of designs about an upcoming movie...).

Somehow, Naruto was right in chapter 692 to tell Hagoromo that him and Sasuke are not Ashura nor Indra. Naruto and Sasuke had their own experiences, they have their own lives and their own personalities although it seems that the conflict between brothers never stopped since the days of Indra and Ashura. Hagoromo did admit that he made a mistake by blessing Ashura only, which led to Indra's hatred towards his brother and himself.

But despite blessing both this time, it seems that the same thing is happening.  So, I think Hagoromo tried to find the answer by comparing Sasuke's lost of love to Madara's one to explain the current situation. So, Sasuke's views might not come from a hatred builded on jealousy (as it seems to have been the case with Indra), it has more to do with love (unless he is jealous to see that Naruto has been somehow already "blessed" by the people and not him. That we'll know as the story develops).

Anyway, Naruto and Sasuke are there to show that they will be able to get over their differences and surpass their forefathers. That will make the difference between them and the former generations' conflict: Indra/Ashura, Madara/Hashirama (although I think Madara did not hate Hashirama but his constant attacks on Konoha led his friend to defend it as it was the latter's duty to do so).