I thought it was Naruto 683 discussion and 684 predictions lol.

Good chapter, its finally moving some more. Excited about Sakura and the clone Naruto helping Obito in the dimension to get Sasuke. Its pretty obvious Naruto's clone will disappear soon and Obito is ready to die. So does that mean he will die doing this task or when done? And the hokages seem to bout to get help with the tree situation? Or go where Kaguya is? Or get Madara to come back as edo tensei which by the way the half body is hilarious. And the genie in the lamp look seems funny. Sasuke walking through the desert realizing everything he does doesn't work, hmmm. Hoping Sakura can knock some sense into your thick Uchiha skull. And hoping for a reveal of The Uchiha Massacre for Sakura pretty soon, I think Obito will tell her eventually before he dies? We need to tie up these loose ends soon Kishi. 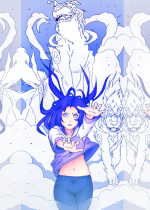 Very interesting chapter! Kaguya controlling the space and the nature around is like an extended Sennjutsu, not only influencing the body of the one performing it but the whole nature around. So, the real Naruto is preparing an attack making BZ and Kaguya think that he has been caught.

It seems that Madara will be back. I don't know how the Edo Hokage are going to do it but I have the feeling Tobirama will find a solution about it. And Hagoromo popped up again. I'm curious to see what will come out of this meeting with the Edo Hokage. Thinking about it now, Hagoromo could give them the solution regarding the Tree and especially how to deal with it...

Anyway, that's a good thing that Obito is around because he is the key to get to Sasuke. There is always this idea of bringing Sasuke back either literally (which is the case now) or metaphorically... I appreciate that both, Naruto and Sakura are going there because I am somehow expecting to see this dynamic between those three and the bonds they share. Like ThisIsMyNinjaWay has written, that would be really cool if Sakura could learn more about Sasuke and the things about the Uchiha clan.

In that regards, I don't know if what Obito said when he mentioned he is an Uchiha, and so on, could be interpreted as a hint for some eventual interactions between him and Sasuke. That would be a source of information and would make Sakura understand Sasuke better. Let's see

Kakashi is remaining with the real Naruto. I don't know how he could help in this situation but the answer will come soon.

Kaguya power seems immense able to control all the nature's in her dimension and somehow Naruto can withstand all that after his power-up is amazing!

Naruto's durability feat this chapter is amazing! ice spears hitting him but not doing anything to him and he is keeping Kaguya busy so they can get Sasuke back and he's faking it so he can hit Kaguya.

Looks like Madara is coming back and probably turn good by the sage by TNJ. Is there no real villian in this story who is immune to TNJ, apart from Kaguya but she doesn't she so evil.

Obito's plotshield has ended and is going to die when they find Sasuke and probably return them to the real Naruto.

Hey guys I wonder if BZ is needed for Kaguya to teleport like that what do you think?

I hope we get more backstory about Hamura from Hagoromo now.

^ I think BZ is especially "needed" for advising her.

I also hope we will get more backstory about Hamura. This mystery surrounding him is leading to different theories. Hagoromo only stated that he had a brother who fought the Juubi together with him. Then, we had Kaguya remembering about her two sons and the mention of his name, what could then come next about this character?
_________________ 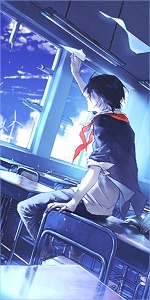 well at least we can confirm one thing about last weeks chapter, when the people are cut from the tree, they don't die, they are reconnected to the tree, and the obvious the Hokage's are dead meaning they are unaffected by Infinite Tsukoyomi.

the next few chapters will be interesting, can't wait to see what the Hokage's are going to do as well as Obito, Sakura and Naruto's clone, I see Sakura trying her best to save Sasuke before Obito dies.
_________________
the endgame pairing was there ever any doubt